“Dhindora” Episode 6 Release Date: The previous episode of Dhindora focused on the strained relationship between Titu Mama and Janki. This was expected since it was unveiled that it was Titu, who was behind the accident of Babloo Ji. Elsewhere, the people around the colony continued hailing Babloo Ji as their savior. Dhindora episode 6 is right around the corner, and the audience has high expectations from it. 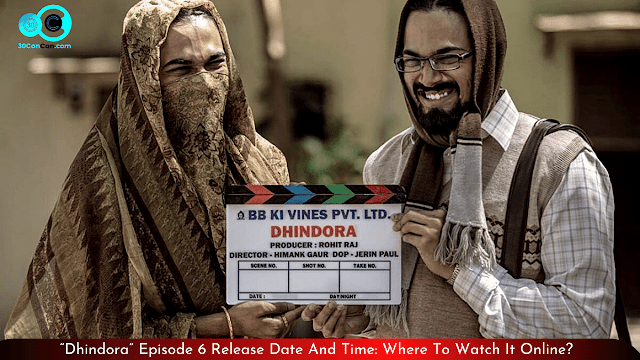 So without any further ado, first, let’s talk about its release date. Episode 6 of the web series is all set to be released on November 18, 2021. The show follows a strict release schedule every week. As in, you will find the new episodes uploaded at 2:00 PM Indian Standard Time (IST).

Talking about the runtime of the episode, it will be around 15-20 minutes long. But where do I watch it online? Looking for an answer to that question? Then you have come to the right place. However, before moving forward, feel free to take a look at our Dhindora episode 5 streaming guide.

Where To Watch ‘Dhindora’ Episode 6 Online?

Bhuvan Bam rose to popularity thanks to his addicting videos posted on YouTube. Continuing the trend, so far, each episode of the series has been uploaded on YouTube only. You can check out the latest episode by heading over to the “BB Ki Vines” channel.

The best part about uploading the videos on YT is that fans can enjoy them for free. Looking for more options to stream content for free? Check out our guide to the best legal free streaming websites here.

What Will Happen In ‘Dhindora’ Episode 6?

Episode 5 ended with an amazing twist. The last scene revealed that it was Mr. Hola who pushed Babloo Ji in front of Titu’s car. Thus causing the entire turmoil, which led to Babloo Ji losing his memory. Now that BB and his friends know who was behind the accident, it will be exciting to see how they react to it.

Titu confirmed at the end that Sameer and Bancho would go alongside him to find Mr. Hola. On the other hand, Bhuvan was on a date and might have to leave it for sure.

What are your expectations for the next episode? Let us know your views in the comments section below.