The bill aims to create a facilitative framework for creation of the official digital currency to be issued by the Reserve Bank of India.

The government is going to introduce a Bill on cryptocurrencies, along with 25 other Bills during the Winter Session of the Parliament beginning November 29, according to the Lok Sabha website.

The decision comes amid concerns over such currencies being allegedly used for luring investors with misleading claims and for funding terror activities, suggested earlier reports.

The Cryptocurrency and Regulation of Official Digital Currency Bill, 2021 "seeks to prohibit all private cryptocurrencies in India, however, it allows for certain exceptions to promote the underlying technology and its uses".The bill aims to create a facilitative framework for creation of the official digital currency to be issued by the Reserve Bank of India, the statement further said.
As the news broke, Nischal Shetty CEO, Founder Wazir X, exclusively told BT, "The stance of government looks similar to the last one. Will have to go through the contents of the bill. Bitcoin is a public cryptocurrency on a public blockchain." 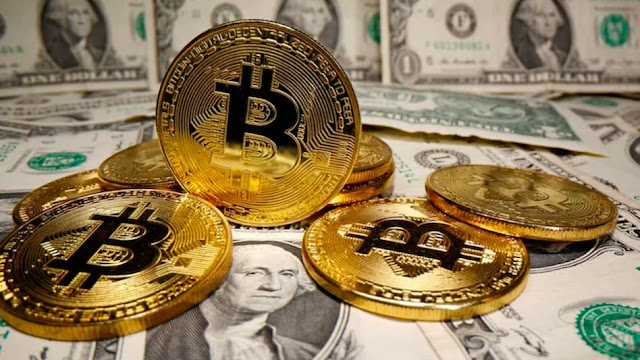 He also added, "This is a big moment for India... Our nation has come a long way in these 3 years! It speaks volumes about how India is determined to dominate the web 3.0 era."
Kashif Raza, founder of crypto education platform Bitnning told BT, "The government proposal we have today seems to be similar to the Bill presented by the government last time as well. The only thing that is spooking crypto investors now is the clause about banning private cryptocurrencies. Basically if we go by this, only those backed by the government will be allowed, not the rest. But this is not the final one. We need to exercise caution and wait for the full bill to be tabled in the parliament."
Sathvik Vishwanath, Co-founder and CEO Unocoin commented, "The definition of what constitutes 'private cryptocurrency' is not available anywhere, no matter whichever we try to read it. Also concerning the few lines that we have today from the government, it is same as as the bill they presented before.
Nothing seems to have changed. We have to tread cautiously about this. it is a very arbitrary title that was there last time, it is the same now as well. If we go by the three, four lines that have come out today, it could seem like that there is no new bill, it is the same as the old one. For the time being, we just cannot make any sense out of this yet. But yes, investors are certainly apprehensive."
Saying that elements of the Bill need for clarity to see its impact, Edul Patel, CEO of Mudrex, a global crypto investment platform, added, "Indian government had stated their intention to come up with its own cryptocurrency to be able to track the flow of money. These cryptocurrencies are known as Central Bank Digital currencies or CBDCs...it will likely aid in easing the tax calculation on crypto gains. It will be interesting to see the classification of cryptocurrencies based on the use cases."
Currently, there are no particular regulations or any ban on use of cryptocurrencies in the country. Against this backdrop, Prime Minister Narendra Modi, on Saturday, held a meeting on the crypto currencies with senior officials and indications are that strong regulatory steps could be taken to deal with the issue.The sources said the proposed bill would focus on investor protection as cryptocurrencies come under a complex asset class category. In August, Finance Minister Nirmala Sitharaman said she was awaiting an approval from the Cabinet on the crypto currency bill.
Both the government and the Reserve Bank of India (RBI) have raised concerns about cryptocurrencies in recent months.
The three-week long winter session is scheduled to be held from November 29 to December 23.
On Monday, the Parliamentary Standing Committee on Finance discussed the pros and cons of crypto-finance with various stakeholders, and several members were in favour of regulating cryptocurrency exchanges rather than an outright ban on the such currencies, according to sources.
At the meeting convened by the prime minister, it was strongly felt that attempts to mislead the youth through over-promising and non-transparent advertising of cryptocurrencies should be stopped, sources had said.
An inter-ministerial panel on cryptocurrency under the Chairmanship of Secretary (Economic Affairs) had recommended that all currencies except those issued by the state should be banned.
Earlier, RBI had said that unregulated growth of cryptocurrencies poses threat to the macroeconomic and financial stability of the country.
Last week, RBI Governor Shaktikanta Das reiterated his views against allowing cryptocurrencies saying they are a serious threat to any financial system since they are unregulated by central banks.
The central bank has also plans to introduce an official digital currency.
On March 4, 2020, Supreme Court set aside an RBI circular of April 6, 2018, prohibiting banks and entities regulated by it from providing services in relation to virtual currencies.
The Banking Laws (Amendment) Bill, 2021 will also be tabled "regarding privatisation of two Public Sector Banks".
The Farm Laws Repeal Bill, 2021 will also be tabled to repeal the Farmers' Produce Trade and Commerce (Promotion and Facilitation) Act, 2020, the Farmers (Empowerment and Protection) Agreement of Price Assurance, Farm Services Act, 2020, and the Essential Commodities (Amendment) Act, 2020.
Tags
Cryptocurrency News
Related Article